Isfahan, the City of Turquoise Domes

The Cultural and Historical Significance of Isfahan

With a population of about 3 million people, Isfahan is the most beautiful historical city in the center of Iran. The tourists who have travelled to Isfahan have praised its beauty in their travel logs. They have also described it with such attributes as “Half of the World”, the “Second Paradise”, the “Heavenly Bloomy Tree”. This historical and cultural city has been the capital of Iran for two times. It was selected as the cultural capital of Islamic world in 2006 as well.

The religion of a majority of people in this city is Islam and their sect is Shiite. However, Armenians, Jews, and Zoroastrians also live in this city. Julfa District, located in the south of the city, is an Armenian quarter which attracts tourists. Therefore, the Vank Cathedral and Museum are located in this district. 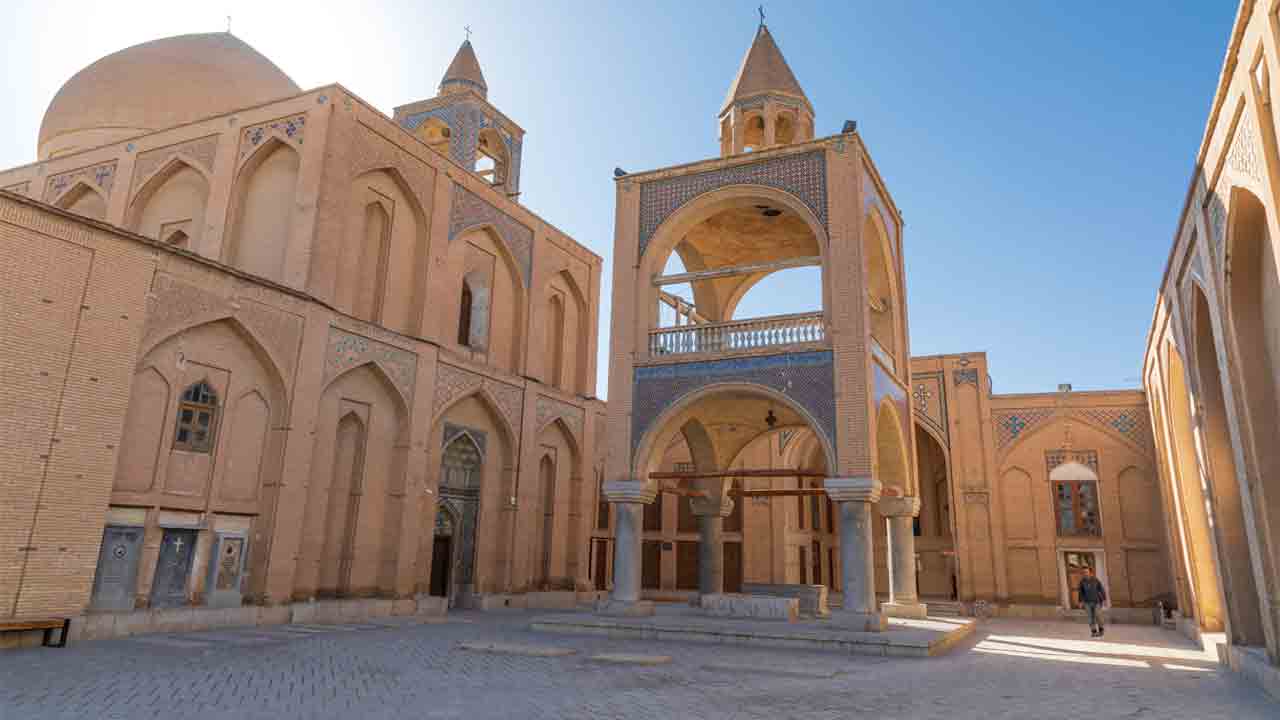 Charbagh, the Tourist Walkway of Isfahan

Charbagh is the most beautiful and the most significant street of Isfahan. A part of this street, built in the safavid era, is known as Chahar Bagh e Abbasi and upper Charbagh. Lower Charbagh was also constructed in the reign of Reza Shah.

Charbagh Street is located among the Safavid gardens. You can also visit important monuments along the way. In addition, the beauty and verdure of this street has turned it to a famous walkway in the world.

Charbagh literally means four gardens. In fact, number 4 is very important in Iranian architecture and refers to the four elements of life. However, some people believe that this region was named after the four gardens in this region.

This street extends from Darvazeh Shiraz (literally means Shiraz Gate) to Shohada Square. Si-o seh Pol Bridge, Hasht Behesht Palace, Chehel Sotoun Palace and Naqsh-e Jahan Square are situated along this street. In addition, you can visit the most important shopping centers, restaurants and hotels of the city in this street.

Read more to get acquainted with the most important historical attractions that are located near and along Charbagh Street.

This city is known as one of the treasures of art and architecture in the world. As a result, more than 1,200 of the historical monuments of Isfahan have been registered on Iran National Heritage List. Naqsh-e Jahan Square and its surrounding buildings are among the famous historical monuments of the city. This architectural masterpiece was registered as the third UNESCO's World Heritages Sites in 1979. 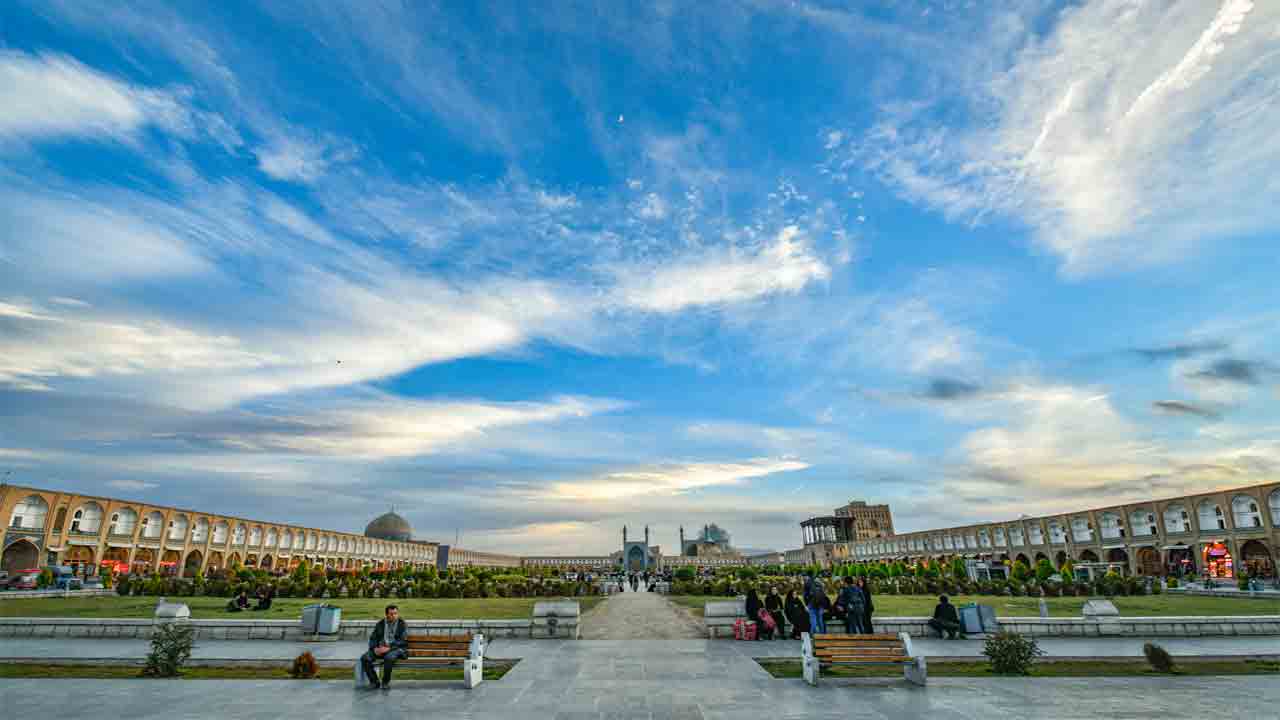 Naqsh-e Jahan Square, One of the Largest Squares in the World

Naghsh Jahan Square is located on the north of Charbagh Street. This square is the second largest historical square in the world after “Tiananmen Square” in China. It is also ten times larger than the famous square of Brussels named “Brussels Grand Place”. In addition, it is six and a half times larger than “San Marco” Square in Venice and four times larger than "des Vosges" Square in Paris.

There are important buildings around Naqsh-e Jahan Square each of which is so important historically. Among them, we can refer to Ali Qapu Palace, Abbasi Mosque, Sheikh Lotfollah Mosque and Qeysarieh Gate. This gate is the main entrance of traditional Bazaar. In addition, there are 200 stalls around the square which offer the handicrafts of the city. 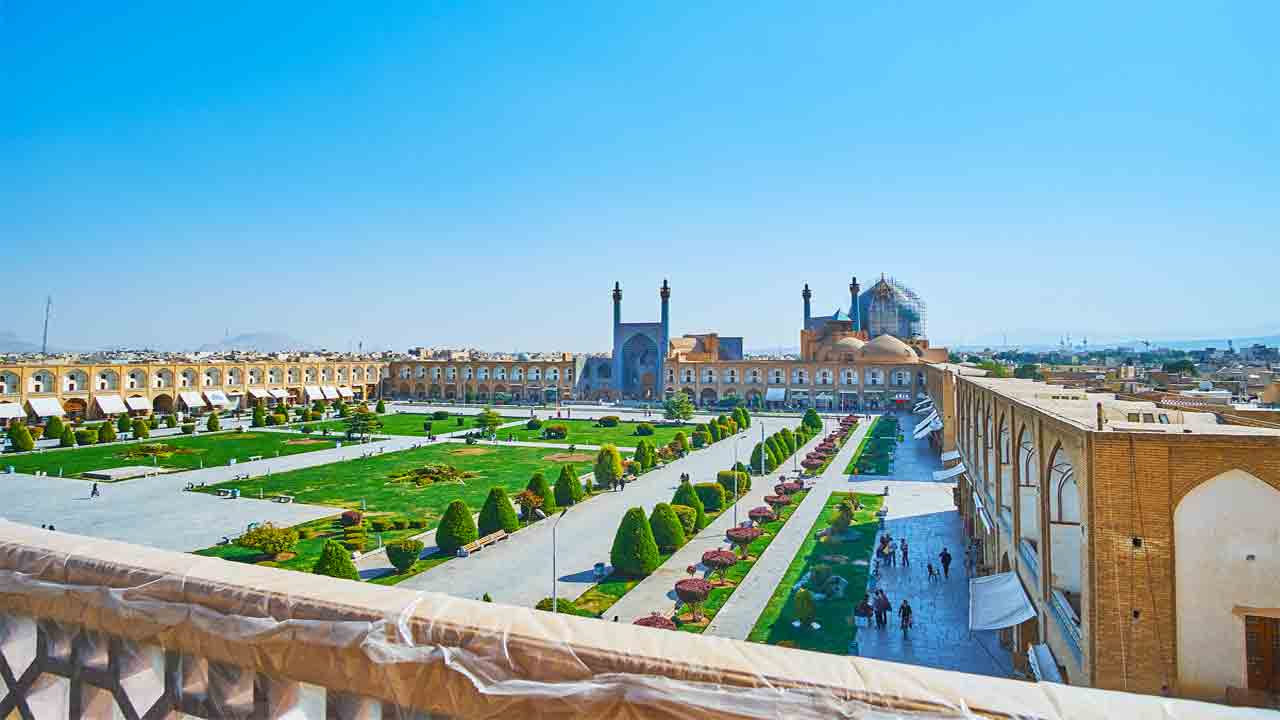 Chehel sotoun Palace, a Relic of the Safavid-era Royal Gardens

Chehel sotoun Palace is located in a vast garden, named as Jahan Nama Garden, on Charbagh Street. After visiting Naghsh Jahan Square, tourists can walk to this garden, which takes them a few minutes.

Chehel Sotoun Palace is named so due to the holiness of number 40. Actually, Chehel literally means forty and Sotoun means column. In addition, number 40 is the symbol of evolution. It is interesting to know that the pavilion incudes just 20 columns, but it appears to be forty when reflected in the water of the fountain. 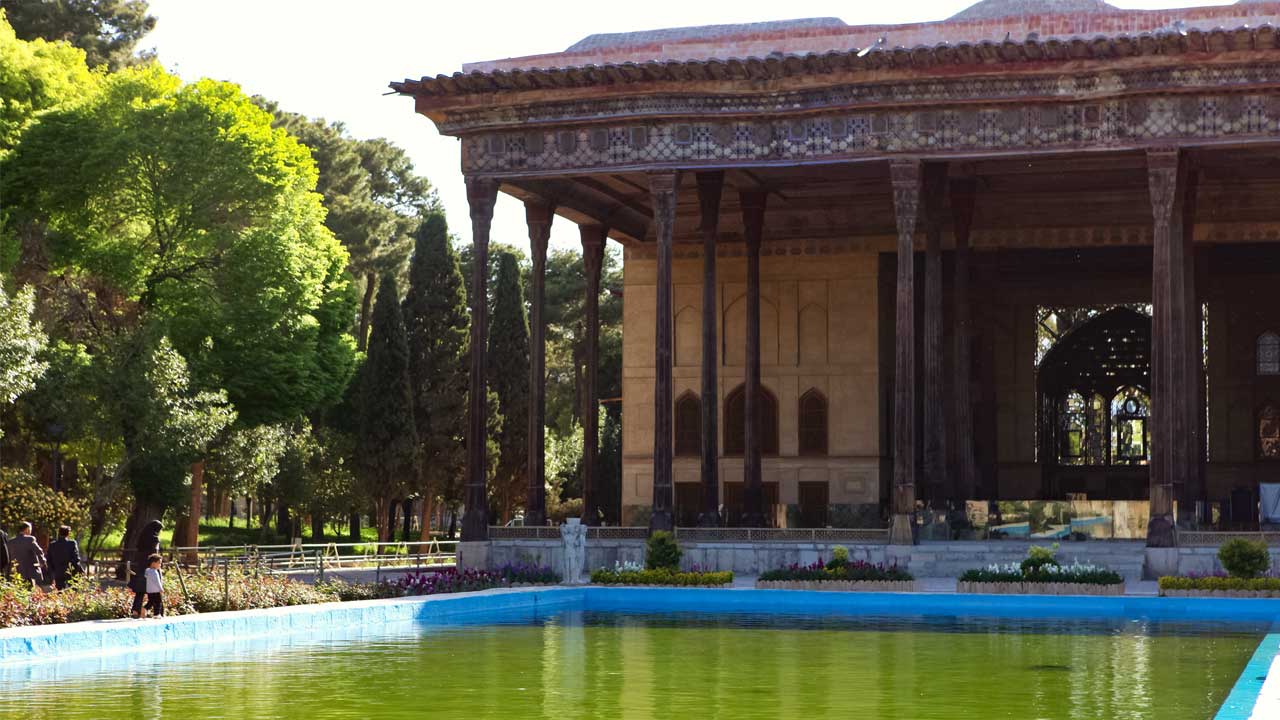 Hasht Behesht Garden of Isfahan, one of the most beautiful Safavid-era Palaces, is a two-story construction located in a vast garden. In addition, the plasterworks and paintings, especially the bird figures and flowers painted inside the palace, attracts the tourists. The mirrorwork and goldwork has also given a special manifestation to the construction.

Hasht Behesht Garden is located near the most important attractions of the city. The western part of this building also leads to Charbagh Street. 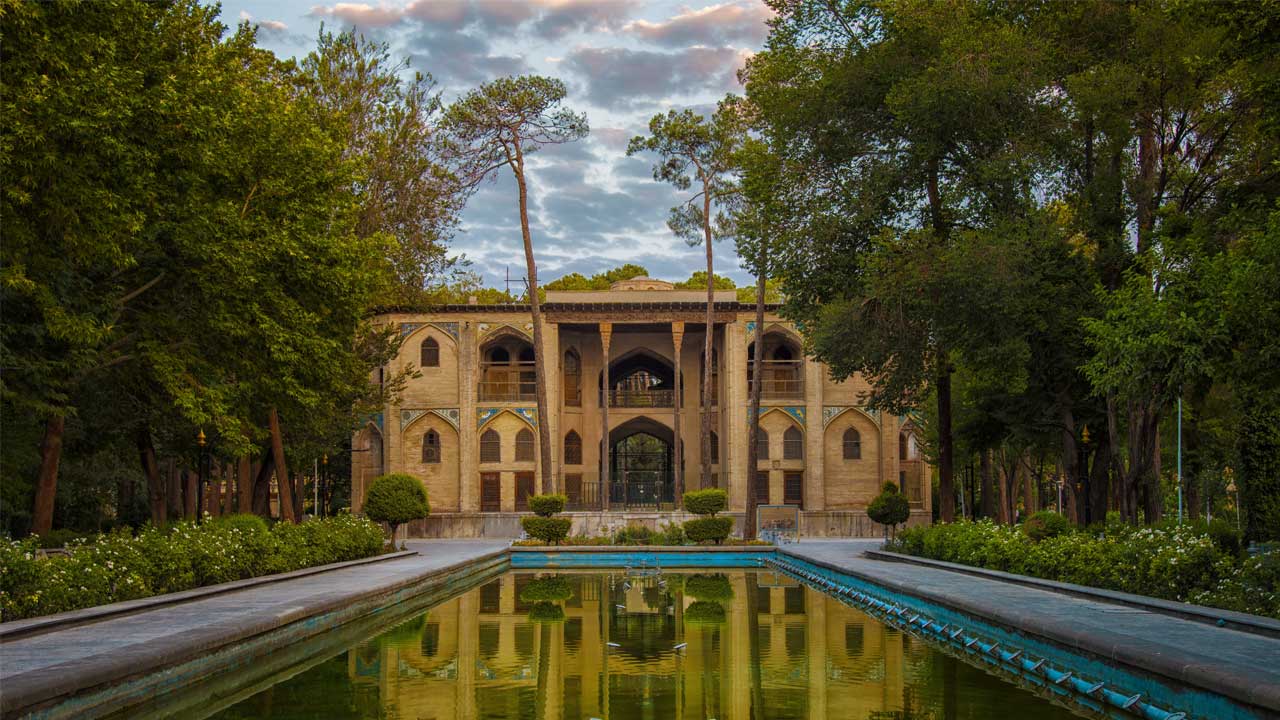 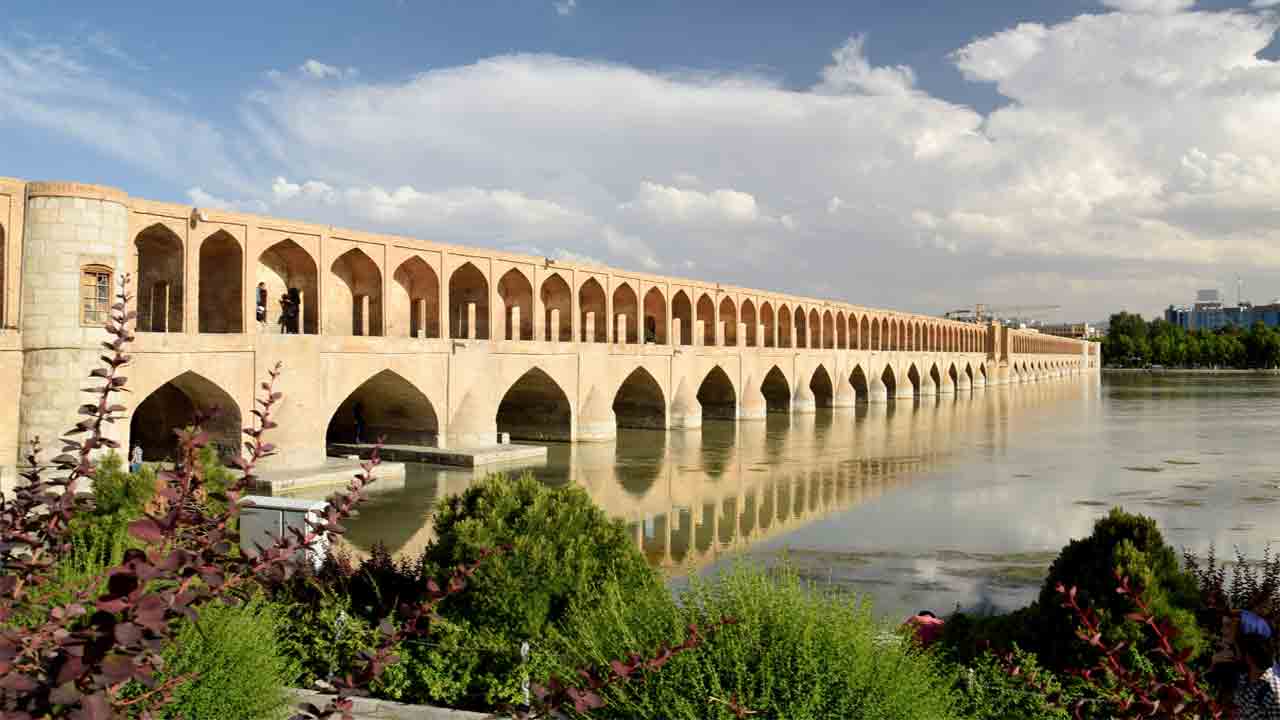 Isfahan, the City of Stunning Parks

Among the major cities of Iran, Isfahan has the largest urban parks. In addition, riparian parks on the both sides of the Zayanderud River, which divides Isfahan into a northern and southern part, give a special beauty and freshness to the city.

The Natural Attractions of Isfahan forTourists

There are diverse natural sights near the city. Kolah Ghazi National Park is located 36 km from the south of the city. Varzaneh Desert, Gavkhouni Wetland and Mesr Desert are also located in the east of the city. Therefore, tourists can visit the nature sights by passing a short distance.

The Zayanderud River originates from the Zagros Mountains, runs through the cityand flow into Gavkhouni Wetland. There are five historical bridges named Shahrestan, Khaju, Joubi, Si-o-seh Pol and Marnan over this river within the city.

Isfahan, the Second Handicraft City in the World

The Traditional Bazaar, a Handicraft Exhibition

The grand and historical Qeysarieh Bazaar is the main business center of the city. Many artists work in various fields of handicrafts in Isfahan. As a result, this city has been chosen as the second city of the handicrafts after Jaipur in India. Enjoying great capacities in the field of culture and art, it joined the Creative Cities Network of UNESCO in 2015. 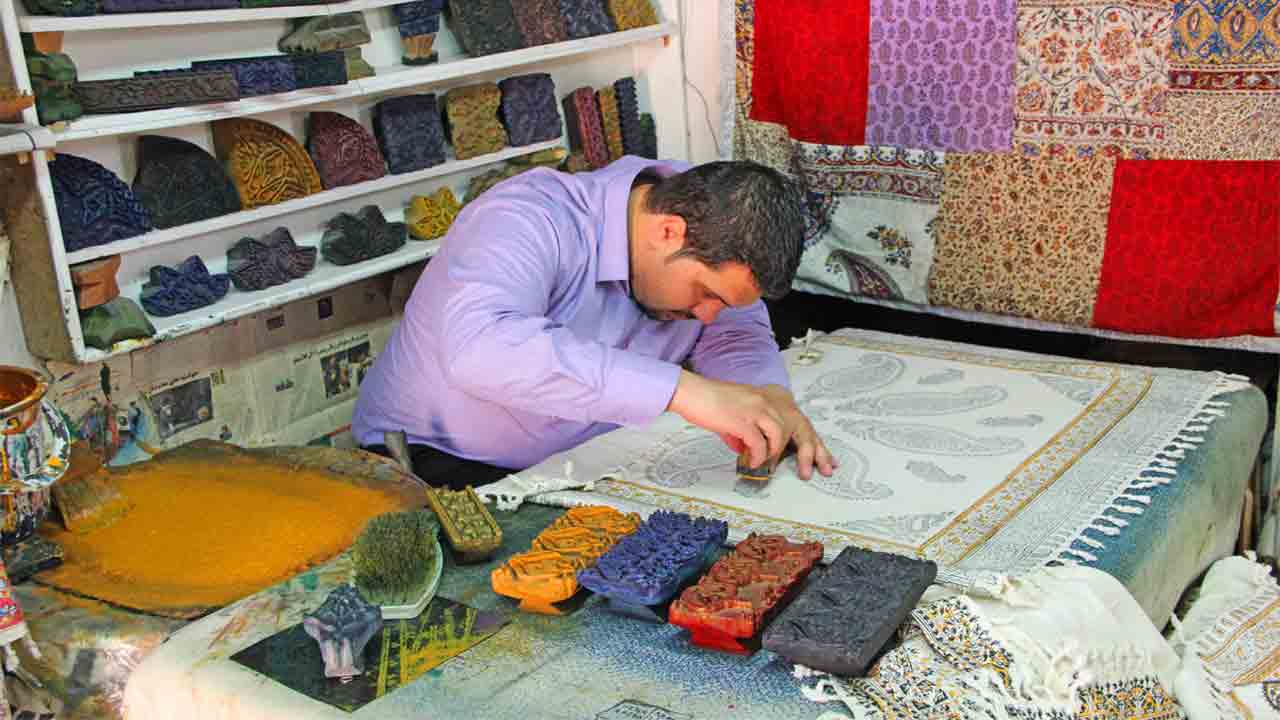 What Handicrafts are Produced in This City?

People of this city are very artistic. Among the handicrafts of Isfahan, one can refer to carpet weaving, silk weaving, engraving, silver making, tile and ceramic making, woodblock printing on cloths, Khatamkari, enameling, miniatures, pottery and turquoise inlaying. 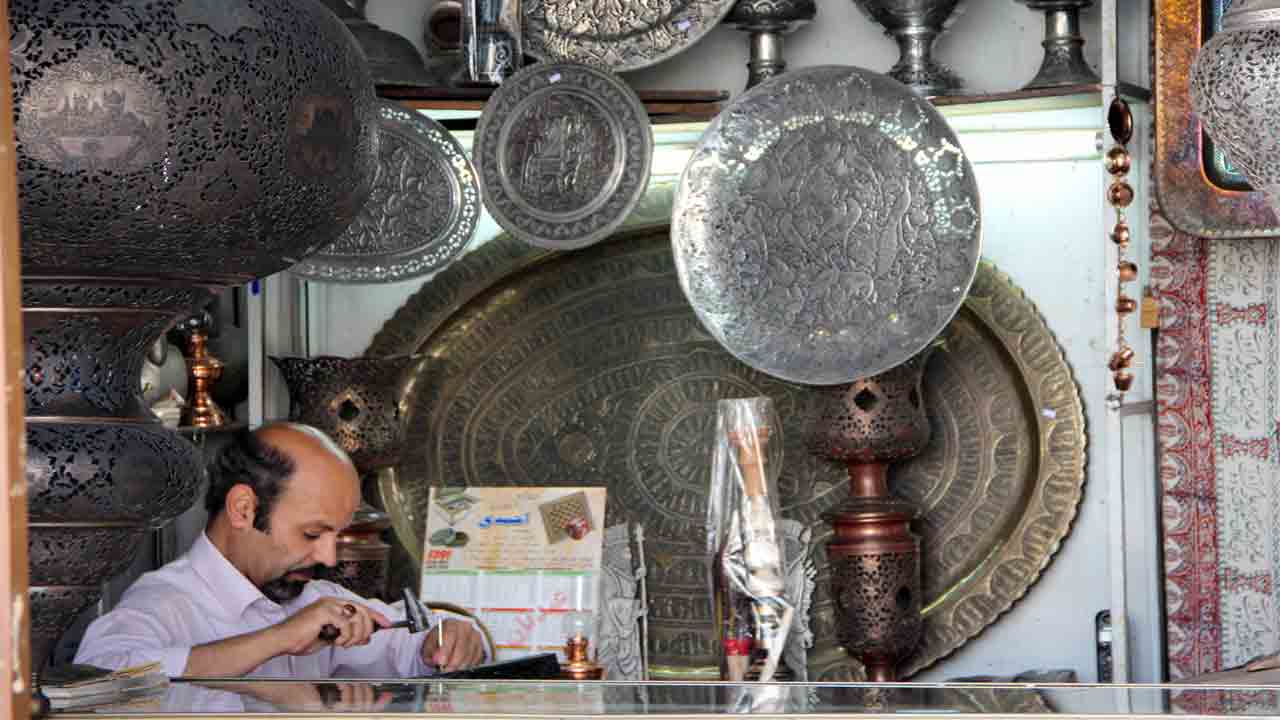 Isfahan, the Favorite City of Interested Ones to Food Touring

This historical city can be one of the most attractive cities for food tourists. A variety of traditional foods, each of which has a unique recipe, is served in the city that is almost unparalleled in the world.

Berian or Beriani is the most famous traditional food in Isfahan. This food, served for lunch, is made with meat and sheep lungs and mixed with cinnamon and mint. Finally, the mixture is spread on the pan with copper spatula. 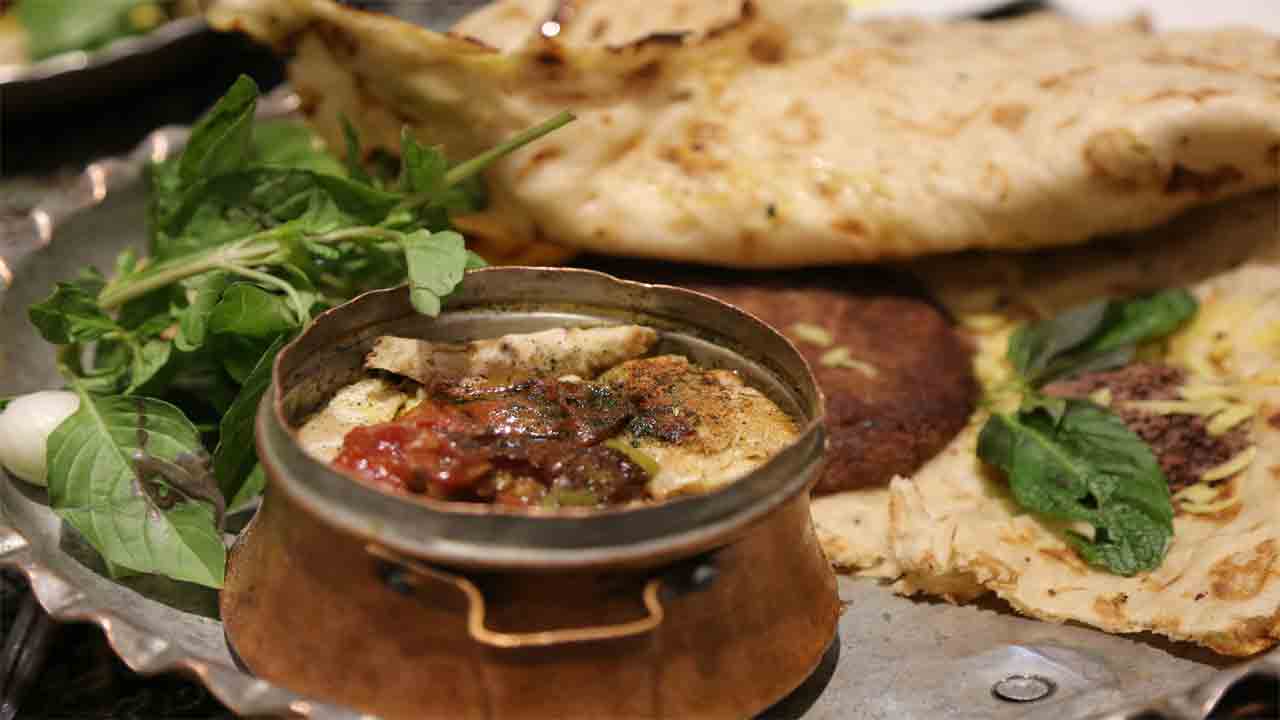 Yogurt Bestow is a traditional and lavish dish, which is so laborious. Its ingredients are mutton neck, saffron, yogurt, sugar, rose water and water. 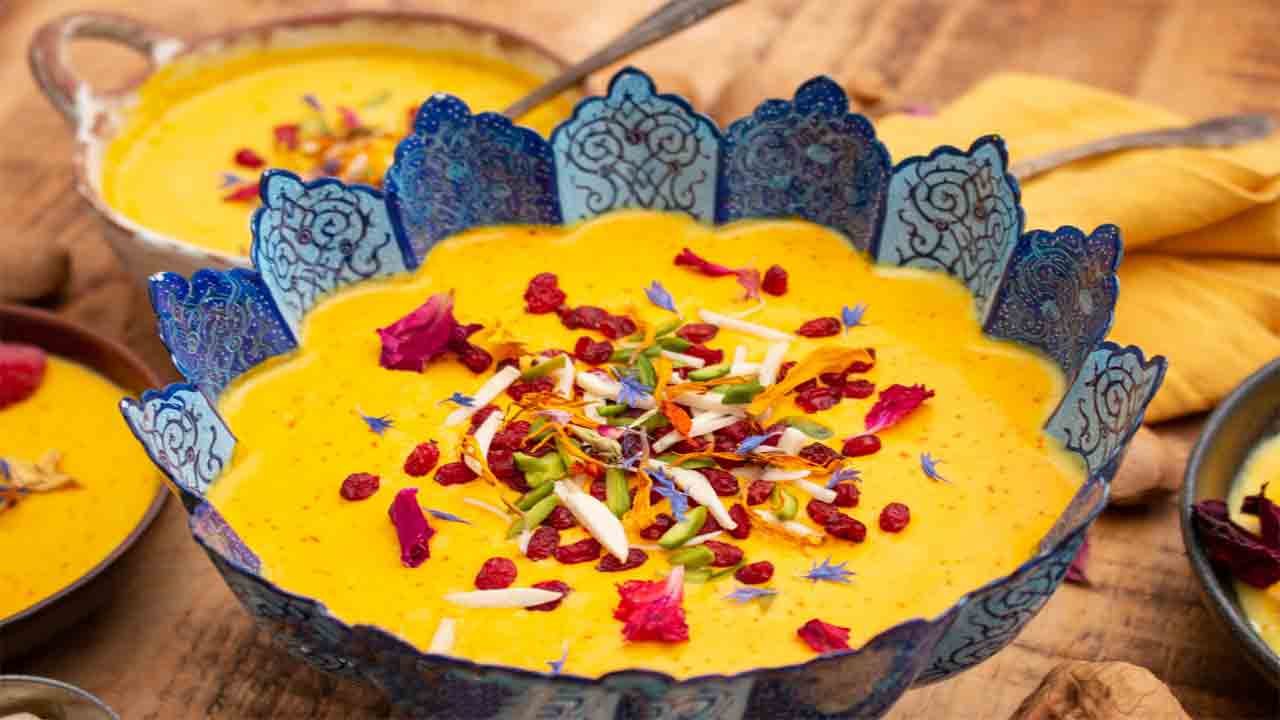 Gosh-e fil, served besides Doogh, is a delicious brunch. What makes it so popular is the combination of two delicious and at the same time different foodstuff. In fact, Doogh is a good complement to neutralize the sweet taste of gosh-e fil.

The Sister Cities of Isfahan

November 22 has been chosen as the day of this city in Iranian Calendar. The motto of the city is “Isfahan forever, for everyone”.

Visiting Isfahan, a Trip to the Center of Islam World

Traveling to Isfahan is like walking through the maze of history alleys. On your trip to Iran, do not lose visiting this beautiful city. Remember that Iran is a country with a rich historical background, which attracts everybody who is interested in history. Every part of this city manifests human history. That is why many tourists travel to this country every year. 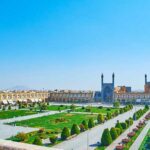 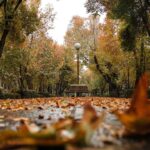 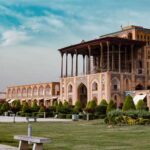 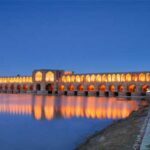 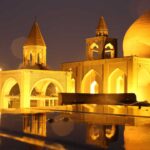 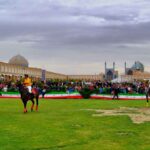