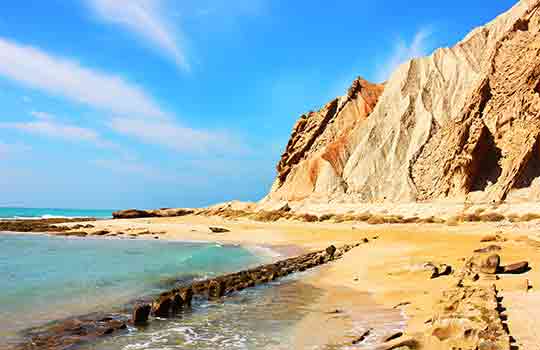 Persian Gulf, the Third Largest Gulf in the World

The Persian Gulf is a semi-enclosed sea in the Middle East. The body of water lies between Iran and the Arabian Peninsula. It is also linked to the sea of Oman and Indian Ocean through strait of Hurmuz.

There are 8 countries at the neighborhood of the gulf. The countries include Iran, Oman, Saudi Arabia, Kuwait, United Arab Emirates, Qatar, Bahrain and Iraq. Iran features the longest coastline, which reaches 1800 Km including the islands.

Covering an area of 251,000 Km2, this body of water is the third largest gulf in the world after Gulf of Mexico and Hudson. It is also 50 Km deep which reaches 165Km near strait of Hurmuz. 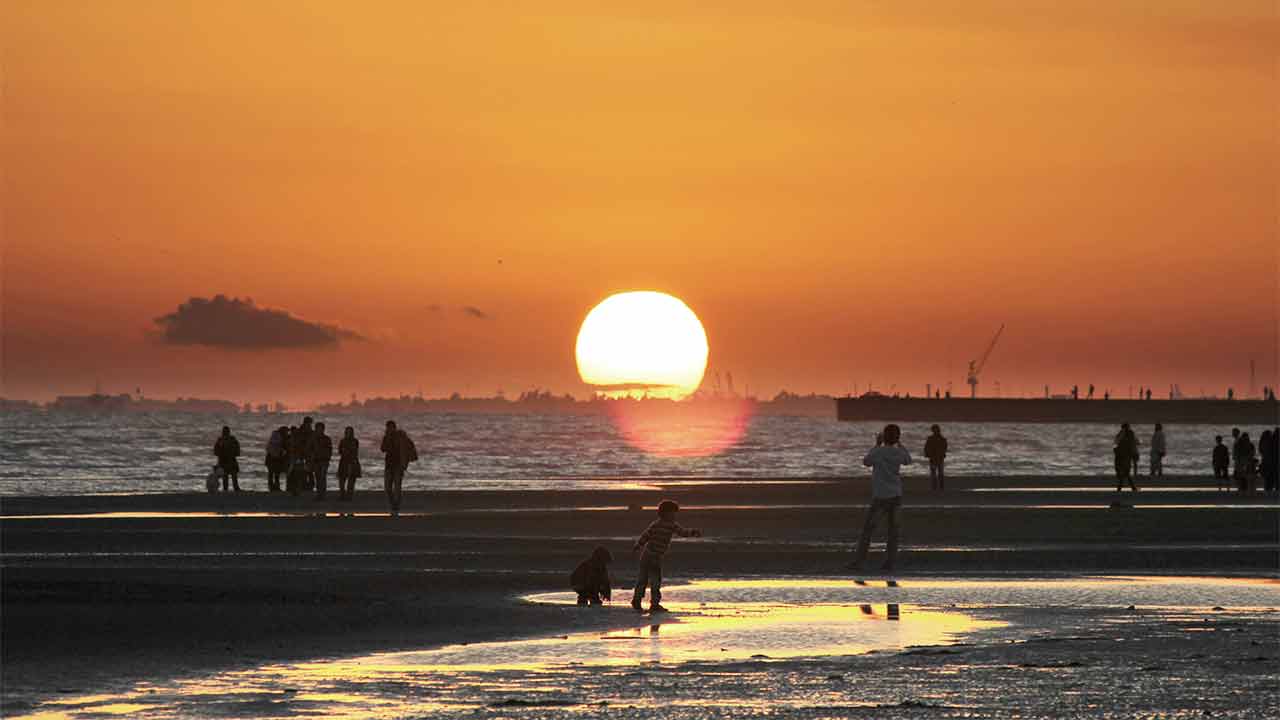 How Was the Persian Gulf Formed?

Many researchers believe that this gulf dates back to the Cenozoic era. This body of water was wider at the time and surrounded most of plains of Khuzestan Province to the slopes the Zagros Mountain Range. By the passage of time the level of oceans decreased in the Ice age, and a part of the gulf dried. Finally, it turned to its current form after many geological transformations.

Why is the Persian Gulf the Most Important Body of Water in the Middle East?

The Persian Gulf is one of the main communicative ways among 3 continents. It is also an important channel among the Atlantic Ocean, Mediterranean Sea, Red Sea and Indian Ocean. As a result, it has always been noticed by the world powers.This expansion of water is an important source of petroleum and gas. It also plays a substantial role in transporting petroleum of the important countries in the region. 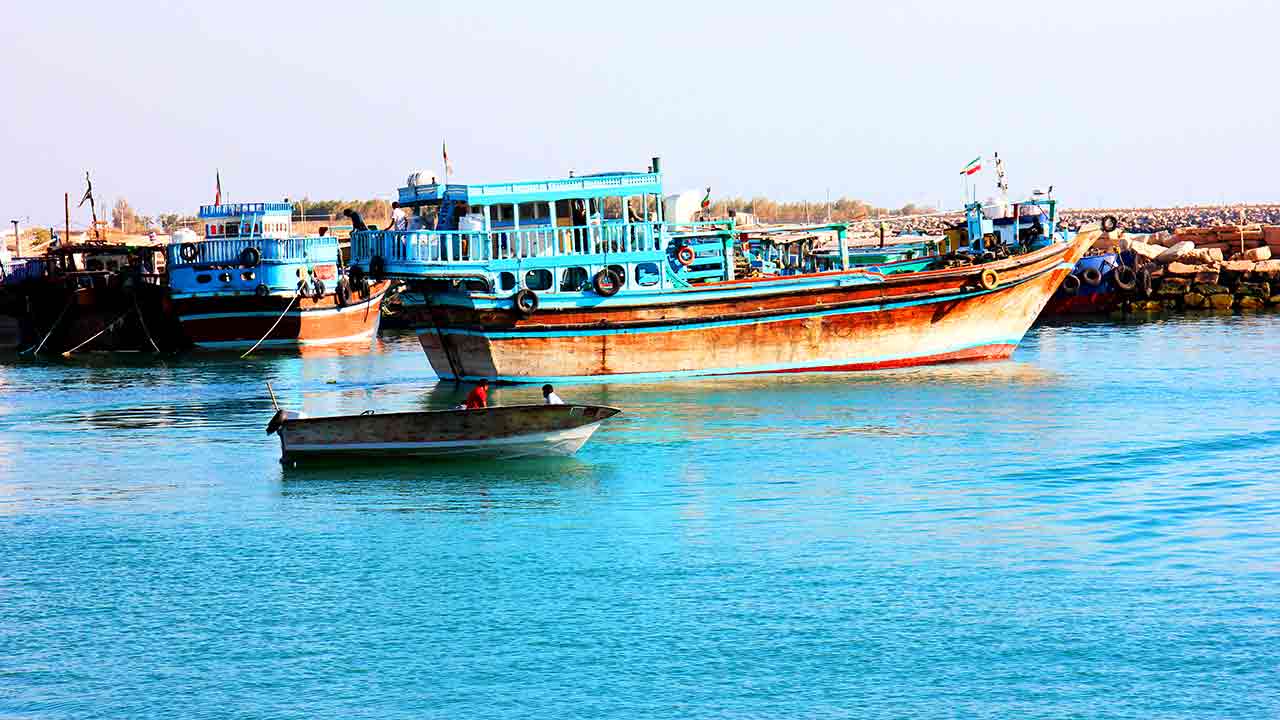 The Ecosystem of the Persian Gulf

Shallow water and salinity of the gulf has resulted in a different ecosystem. Since the salinity of the bay is higher than the average salinity of the seawater in the world, it is home to various creatures. Among them we can mention fungi, algae, corals, turtles, kinds of fish and marine mammals.

In general, there are 8 turtle species in the world, 5 of which live in the gulf. It is mentionable that Hawksbill sea turtle and Green sea turtle lay eggs in Iranian coasts.

In addition, it is home to more than 150 fish species. The important marine mammals such as dolphins, whales, 7 shark species also live in the sea.

The Mangrove Forest, a Floating Forest in the Persian Gulf

The Mangrove Forest, locally known as Hara Forests, is a natural attraction in the Persian Gulf. The forest includes mangrove trees which is scientifically known as Avicenna marina, adopted in honor of the great Iranian scholar. The Mangrove Forests grow in 8 protected areas in the Persian Gulf and sea of Oman. It is also a good habitat for migratory birds. 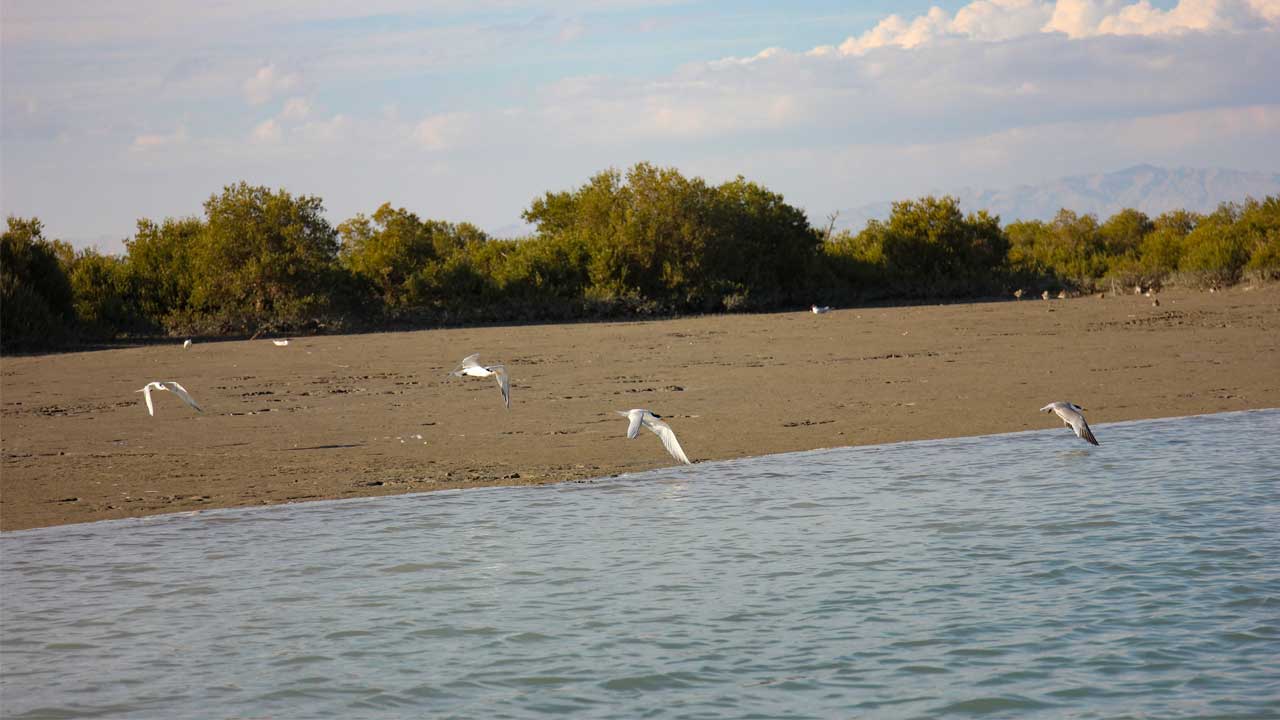 Iran’s Islands, the Most Important Attractions of the Persian Gulf

The gulf includes different residential and non-residential islands. Some of them are too small that go under water due to the tides.

The northern islands including Qeshm, Kish, Hurmuz, Khark, Abu Musa, Greater and Lesser Tunbs and Lavan belong to Iran. The non-residential islands are good habitats for the marine birds and animals.

In the recent years, the islands of Iran have turned to the most important touristic hub. Enjoying sunny beaches and pristine landscapes, the islands attract many tourists, which we introduce in the following.

Kish Island enjoys one of the most beautiful beaches in this body of water. So, many tourism and commercial infrastructures have been provided on the island. It is also one of the most-visited destinations.

Owing to the coral reefs, the seawater is so clear and offers an eye-catching landscape. In addition, the low depth of the sea makes the plants and animals observable and creates a natural aquarium. 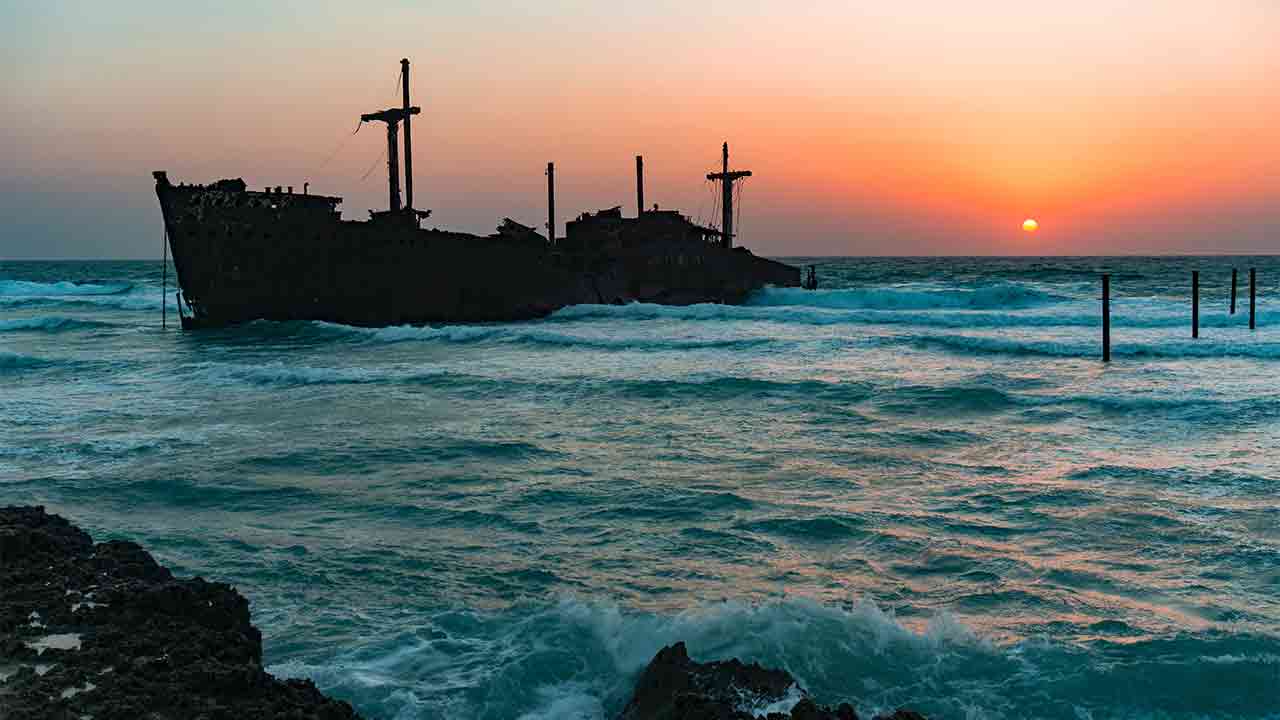 Qeshm, the Largest Island in the Persian Gulf

Qeshm Island, located near the strait of Hurmuz, is the largest and most populated island in the Persian Gulf. It is also the second free trade zone of Iran after Kish Island.

Qeshm Island was registered as the only Geopark of the Middle East in UNESCO in 2006 owing to the unique geological phenomena. The Mangrove forest, one of the most important ecosystems of Iran, also lies on the island. 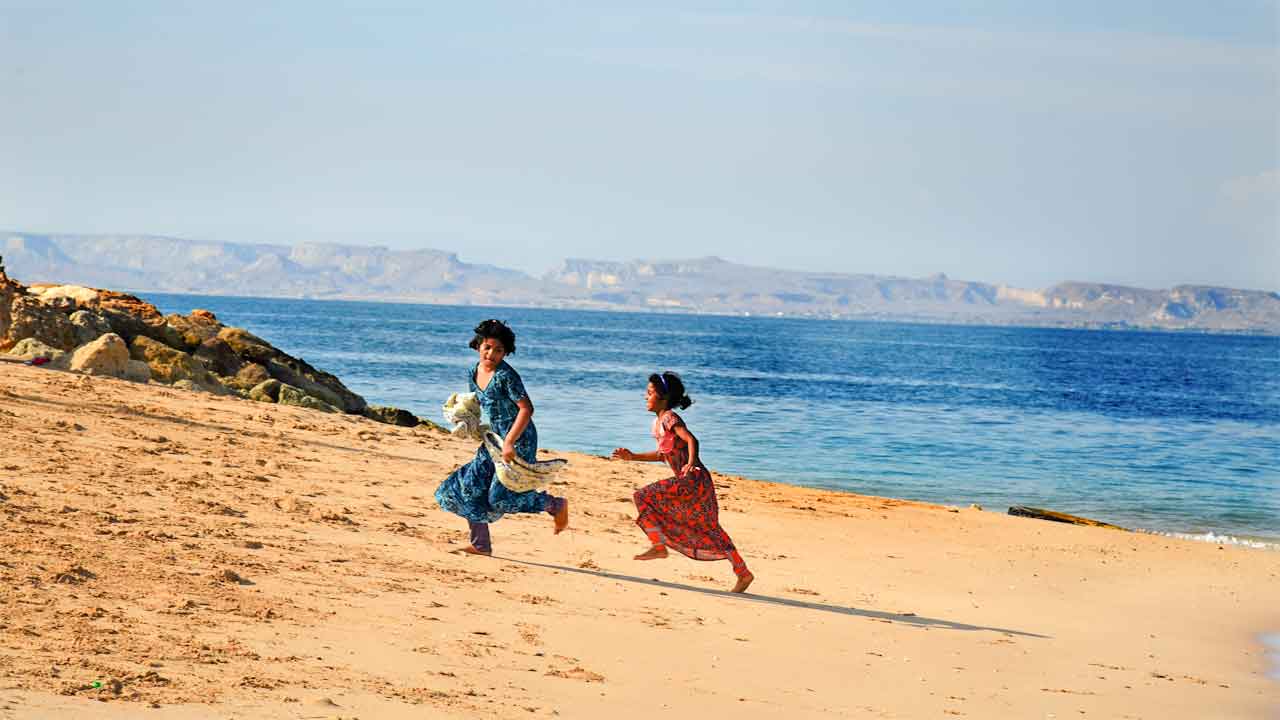 Hurmuz Island, located near strait of Hurmuz, is a beautiful island featuring colorful soil and volcanic materials having covered the surface. It is also famous for the salt hills around the island. In fact, the mineral existing in the soil has resulted in the color diversity. As a result, you can find yellow, white and red mountains on the coastline.

Rainbow Valley is the most important natural attraction of Hurmuz Island. The valley features more than 70 colors; the combination of the colors creates a unique scenery. All the features have turned the island to an important touristic destination. 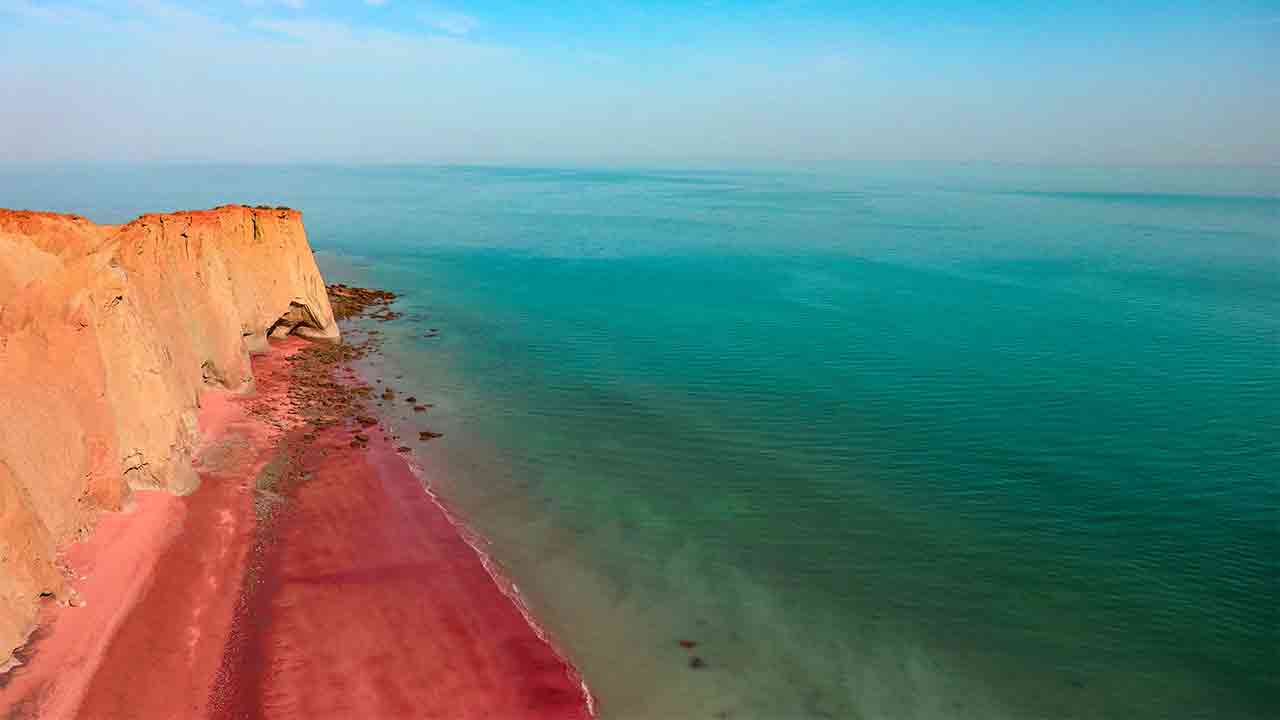 Iranians mark Persian Gulf National Day on the April 30. It is a commemoration of the exit of the Portuguese force from strait of Hurmuz.

Travelling to the Persian Gulf, the Experience of a Memorable Trip

On your trip to Iran, don’t forget to explore the islands of the Persian Gulf. We can claim that Iran has the most beautiful beaches of the Persian Gulf on its southern coastline. Its touristic islands offer great facilities to tourists. In addition, it is a good destination for adventurers because they can experience diverse water sports and fabulous sites.

Iran is one of the best countries for beach tourism due to being located between two important seas. Moreover, the sea of Oman, lying in the southeast, displays a pristine nature.

1001 Nights Tours offers the top beach potentials of Iran, of which we can mention this beautiful gulf. In order to get better acquainted with our itineraries click here. In addition, you can click here to enrich your knowledge of Iranian beaches and islands.