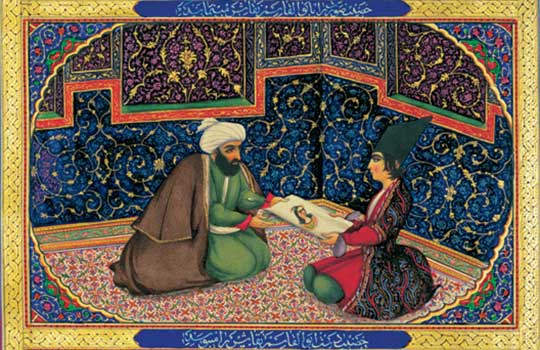 The Cultural Roots of One Thousand and One Nights

“One Thousand and One Nights” is a book without borders. It is not written by one person, but written by people from eastern lands in several thousand years. So, it can be called “The Story of Eastern Nations”. The reputation of this book has gone beyond the borders and is extended from the East to the West.“One Thousand and One Nights” is like a train that begins its journey from India. Then crosses Iran and the Arab world and takes its passengers to Egypt and Greece. In this exotic journey, one thousand and one fantastic events take place.

“One Thousand and One Nights” takes us from a city to another. And familiarizes us with the lifestyle, legends, beliefs, and traditions of eastern nations.“One Thousand and One Nights” is a collection of tales based on the Indian, Arabic, and Persian myths. Being translated into many languages, it is known to most nations of the world. Most adventures take place in Iran and Baghdad, which was formerly a part of Iran.

The Characters of “One Thousand and One Nights”

The main figures of this book are Shahrzad, as a storyteller, and a king called Shahryar. Other important characters of these stories include Ali Baba and the Forty Thieves of Baghdad, Sinbad, and Aladdin.

The main frame story concerns two king bothers, called Shahryar and Shah Zaman, who were betrayed by their wives. Afterwards, Shah Zaman quit his kingdom and went to his brother’s territory. To take revenge on his wife, Shahryar would marry a girl every night and would order to kill her on the following day until no girls remained in the city.
The king’s vizier had two daughters named Shahrzad and Dunyazad. Upon Shahrzad’s proposal, she married the king. At the same night, she said to Shahryar: “I have a sister who can just sleep with my stories. Would you order on bringing her to the palace so that she listens to a story for the last time?” The king accepted her request and ordered to take Dunyazad to the palace. Shahryar who had been so fascinated by her stories, postponed Shahrzad execution to the following day in order to hear the rest of the story. In this way, Shahrzad’s execution would postpone and these stories would continue every night.

The Content of the Tales of “One Thousand and One Nights”

Tales of One Thousand and One Nights can be divided into fantastic, romantic, marvelous, adventurous and folk stories.

The Narrative Structure of “One Thousand and One Nights”

One Thousand and One Nights is a collection of consecutive stories. In other words, a story begins in the heart of another story. By narrating interconnected stories each of them contains of moral points, Shahrzad treats Shahryar’s disease through story therapy.

The Important Role of Women in “One Thousand and One Nights”

How “One Thousand and One Nights” Depict the Power of Tales

In this collection, a woman saves womanhood from destruction through tales. The king is the symbol of the power of men and wants to destroy the women. So, a woman goes to him and creates a feminine power against him with her words. This tactic suggests that if a woman is erudite, she can change the game.
In this collection, a woman fights for life, and it is not just limited to her. In fact, she shows up as a savior and saves all women. She makes a transformation inside the king and the tale readers, and changes their viewpoint to the women and life.

Historical Roots of One “Thousand and One Nights”

The roots of this book are traced back to the old myths of India and Persia. The original book was probably written in Sanskrit, before the Achaemenid era. Then a Persian version of it, called “A Thousand Tales” was written in the Pahlavi language based on the Indian version. Then it was translated into Arabic and named “One Thousand and One Nights”.

Different Versions of “One Thousand and One Nights”

At the first time, this tales collection was translated to a European language by Antoine Galland. This orientalist published the French version in 1704.

The first English translation of this collection was published in 1885. Richard Burton, British writer and orientalist, was in charge for this translation.

Important literary styles such as Magical Realism and Surrealism have greatly been influenced by this book. The contemporary Argentinean poet and writer, Borges, owes all his works to this tales collection. In addition, the impact of this book on many of the world’s most famous writers, including the Irish novelist, James Joyce, is inevitable.

André Gide, the French writer and winner of Literature Nobel Prize, acknowledges the high value of this book. In this regard, he said: “Whenever I go home, I know that a valuable book is waiting for me.”

It is noteworthy that various artistic works have been inspired by this tales collection. Among them, we can mention films, animations, music and symphonies.