Jameh Mosque of Natanz, a Mosque with a Single Minaret

Jameh Mosque of Natanz, the most famous attraction of Natanz County, is noticeable not only historically but architecturally. It is located close to the touristic cities on the main north-south corridor of Iran. so this city hosts many tourists from all over the world annually.

Jameh Mosque of Natanz, a Collection of a Few Significant Religious Buildings

This mosque is home to a few significant religious buildings, each of which dates back to different dates. But all of them were constructed in the 12th and 13th century in the reign of Oljaitu.

In general, you can find four structures in this mosque that are so magnificent architecturally:
1- The main building of the mosque as the first structure of this mosque.
2- Sheikh Abdul Samad Tomb featuring impressive decorations.
3- The iwan (porch) in front of the Khanqah
4- The Khanqah that was seriously damaged in the invasion of Afghanistan. 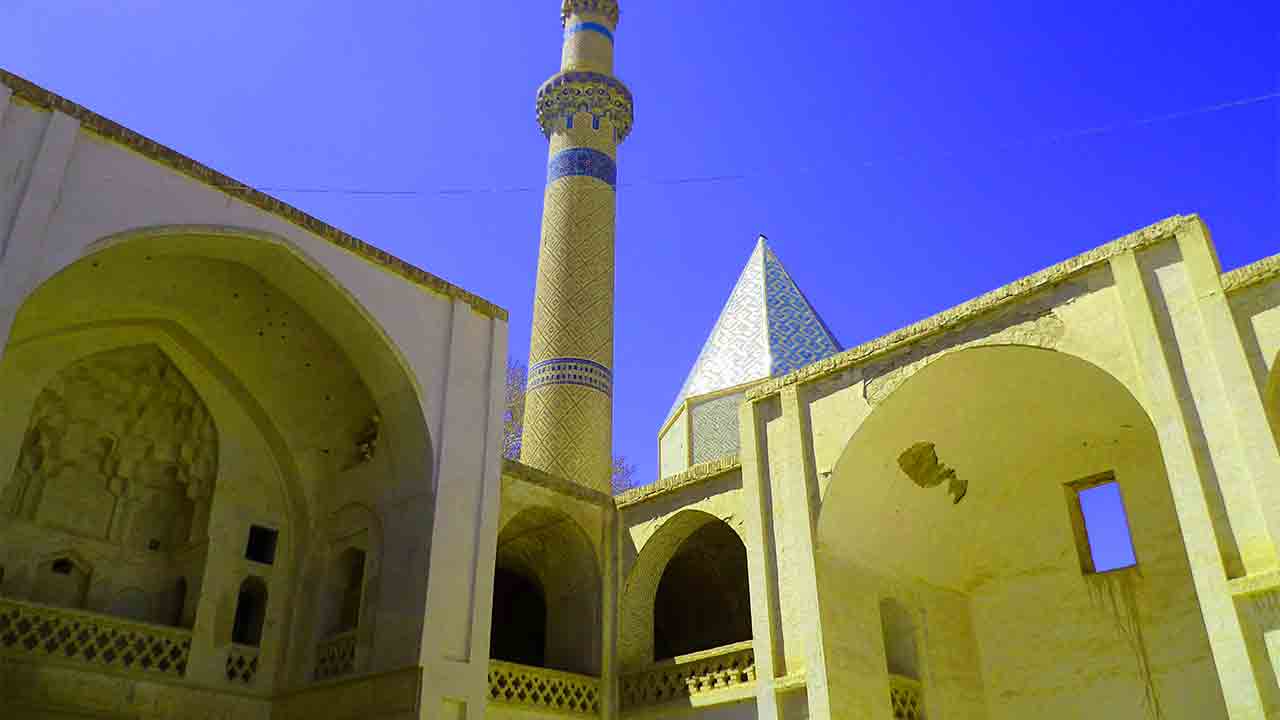 The Historical Information Inscribed in Jameh Mosque of Natanz

You can see different inscriptions all over the mosque, which offer brief information about the construction history of this structure. The oldest inscription lies on the eastern side of the dome. You can also find some inscriptions in the northern iwan and the tomb of Sheikh Abdul Samad.

The Architecture of Jameh Mosque of Natanz

On the southern entrance of the mosque, there is a big corridor, located 1.5 meters below the floor. On the right side of the corridor, you can find a small aisle that ends the octangle shabestan of the mosque. A spring, stretching in the deep space of the courtyard, is fed by qanat.

According to André Godard, the French archeologist and architecture, this mosque has partly been preserved from destruction. This mosque has an octangle shabestan which feature a dome overlooking the courtyard. The shabestan connects courtyard, corridors and different prayer halls to each other. 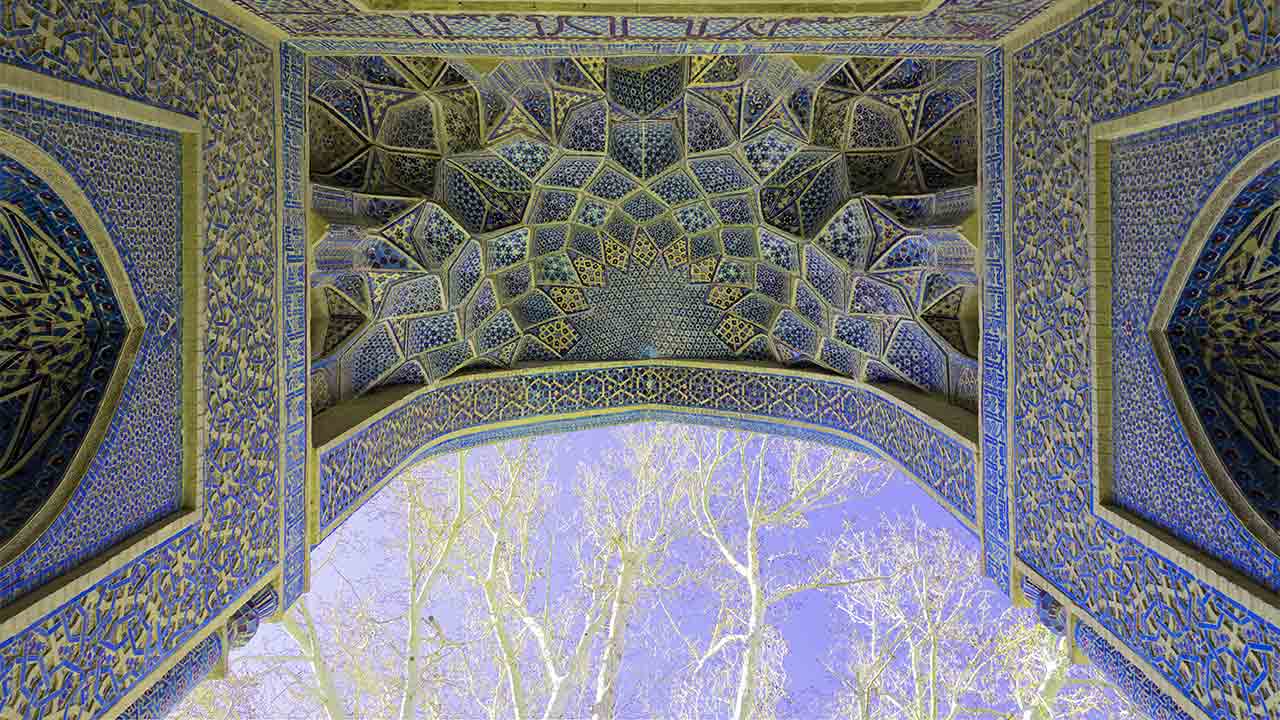 The Shabestan and Mihrab of Mosque of Natanz

The mihrab of shabestan has been decorated with stunning tiles having survived since the Qajar era. In fact, a Qajar prince visited this mosque in this era and ordered on constructing these tiles. An important portion of these beautiful tiles are displayed in Louver Museum of French. 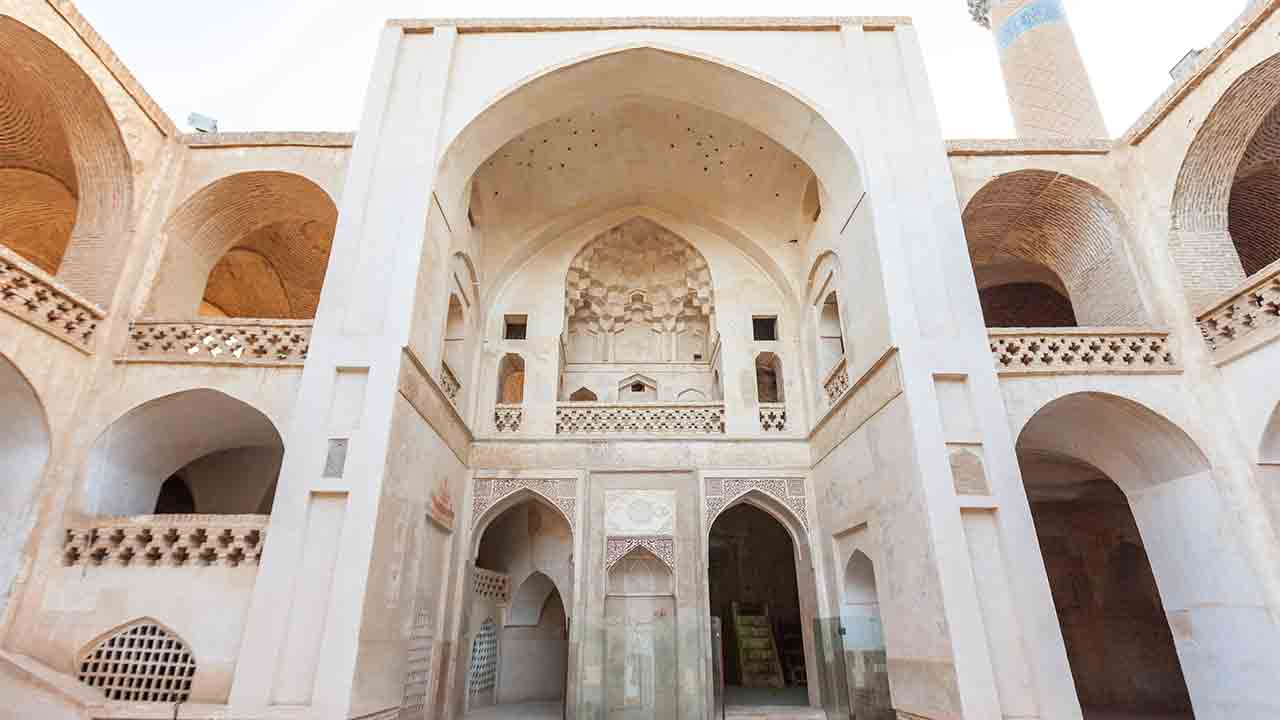 Sheikh Abdul Samad was a well-known mystic of the 13th century. his tomb is one of the important structures of this complex. This tomb features a double-shell dome in the shape of an octagonal cone.

The outer shell of this tomb is made from brick and turquoise tiles. The inner shell is decorated with muqarnas and stucco. Standing at the center of the tomb and looking up, you will see a flower pattern whose petals are opened downwards.

The lower part of this tomb has been separated with a wooden Zarih (an ornate, usually gilded, lattice structure). More to the point, no nails or glue have been applied in the structure of this structure. In the other words, all the wood pieces are put together with mortise.

On the southern face of the tomb, there used to be a marble mihrab. According to Donald Wilber, it is probably the same mihrab which is preserved in Victoria and Albert Museum of London. He also suggests that the tiles of this mihrab are displayed in the Metropolitan Museum of Art. 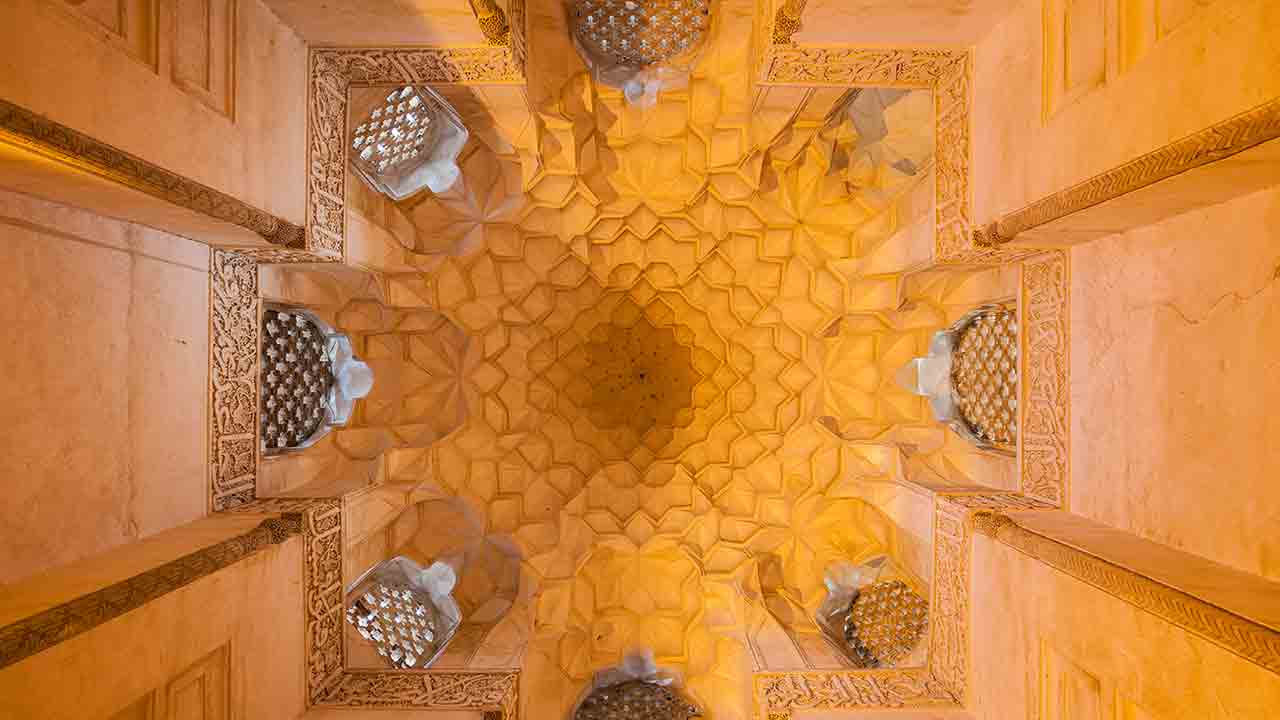 Jameh Mosque of Natanz, the Most Visited Monument of Natanz

On your trip to Iran, don’t forget to visit this beautiful mosque in Natanz City. It has a single minaret and is made from brick. In addition, its distinctive architecture attracts the attention of all interested ones to art and architecture.

1001 Nights Tours has included this mosque in different tours. To know more about this mosque, click here. You can also read useful articles in respect with the other attractions of Isfahan Province here.
We always welcome your suggestions; don’t forget to share them with us via email.